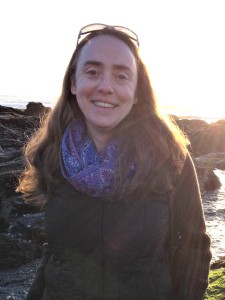 Aislinn Gagliardi is an Irish harpist and composer based in Chicago, and is well sought after as a performer, teacher and recording artist. Drawing from her background in Irish dance, and influenced by a diverse musical range from classical to Cape Breton, Aislinn’s distinct style shines through her music in an open and honest way. Known for her syncopated and rhythmic accompaniment, her compositions and arrangements offer a fresh perspective to the Irish music tradition.

Aislinn’s debut solo harp album The Thin Place has been called “stunning, a monumental piece of work from a very talented and driven harper” and “for a first CD it’s a winner” (Jack Baker of Irish American News). The album blends popular traditional Irish tunes with those less commonly played, and features four of her own compositions including one with the album’s namesake. Joining Aislinn on select tracks are some of Chicago’s finest Irish musicians: Liz Carroll (fiddle), Teresa Shine (fiddle) and John Williams (concertina). Aislinn’s tune The Thin Place and accompanying track is also featured on the Irish Traditional Music Archive’s Newly Composed Tunes and Songs in the Irish Tradition playlist. Listen to a sample here.

From performing annually at Irish festivals including the Milwaukee Irish Fest, to private events and traditional Irish music sessions, Aislinn is in high-demand as a performer and keeps a busy schedule. She is a featured musician for the annual iBAM! (Irish Books Arts & Music) Gala Dinner, and has played for former President of Ireland Mary Robinson as well as a number of Irish Consul Generals.

Aislinn holds a B.F.A. in Inter-Arts (music and dance), an interdisciplinary major in Ethnic Studies and a certificate in Celtic Studies. She performs frequently at festivals including the Milwaukee Irish Fest, and regularly co-hosts traditional Irish music sessions in and around Chicago. Currently Aislinn teaches from her private studio in Chicago and via Skype, is an adjunct instructor at the Milwaukee Irish Fest School of Music (IFSM), and teaches workshops at the Old Town School of Folk Music. She has also taught workshops at the Milwaukee Irish Fest Summer School, the Great Lakes Harpers (GLH) Regional Conference, the Madison Folk Harp Society, the Center for Irish Music, the St. Louis Tionol, the Harp Gathering, and the O’Flaherty Irish Music Retreat.

Aislinn is frequently on tour, giving concerts and workshops. Join her mailing list to be the first to hear about all upcoming events!