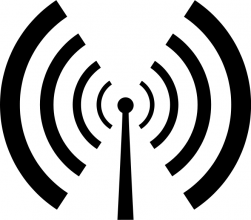 Chicago-based harpist Aislinn Gagliardi has just released her new album, The Thin Place. While she has appeared on many albums over the years, this is her first journey into the studio in a solo capacity. She was drawn to the harp from an early age, and studied with various Irish and Celtic harpers including… (click here to read more).

I was pleased to be invited to the CD release party for Aislinn Gagliardi. I’m embarrassed to say that while I had heard of her, I had never heard her play and let me tell you that was my loss. Aislinn is a harper of no small talent, who has released her first CD, “The Thin Place” and for a first CD it’s a winner. Joined on the recording by no less than Liz Carroll, Teresa Shine and John Williams, Aislinn weaves webs of finest music to trap and hold your attention. The entire recording is as fine as can be, there are no tracks to skip but two tracks are among the finest I have ever heard. The third track, features her composition of the title track, plus “Pady Fahy’s” and finishes with the best rendering I have heard of “Mason’s Apron”. The fifth track “For Teresaa” another original piece is one of the prettiest harp tunes you could imagine, and one that keeps me from my work because when the shuffle hits it, I stop and give it my full attention. This album is stunning, a monumental piece of work from a very talented and driven harper. One of the best recordings to be released this year and I kid you not.